For every generation of parents who have school age children, there is a theme that binds parents from the past to present: either there is too much homework, or too many extracurricular activities. Modern life has sped up the pace incredibly, especially in metropolitan cities around the world, making the demands after the school day on the family become even more stressful.

And it isn’t actually an unusual complaint or observation from a parent. The perception that homework has increased in recent years is supported by the results of a research study from the University of Michigan in 2000. The Institute for Social Research at the University of Michigan found that time spent on home study by 6- to 8-year-old children more than doubled between 1981 and 1997 (Hofferth & Sandberg, 2000). Their results found a 146% increase between 1981 and 1997 in the time that six- to eight-year-old children (generally in grades K-3) spent on home study. In 1981, time diaries that were used to record homework times indicated that primary-grade children spent an average of 52 minutes studying per week; this figure increased to 128 minutes per week in 1997 (Hofferth & Sandberg, 2000). The proportional increase seemed very large because the baseline measurement—time spent on study in 1981—was very small. Moreover, the ISR study found no substantial increase in home study time over the same period for nine to twelve-year-old children (generally third to sixth graders). Their average weekly home study time was 3:22 in 1981 and 3:41 in 1997— a difference that was not large enough to achieve statistical significance.(Hofferth & Sandberg, 2000)

In 2003, The Journal of Educational Evaluation and Policy Analysis published a study by Brian P. Gill and Steven L. Schlossman entitled,  “A Nation at Rest: The American Way of Homework.” The researchers found that the great majority of American children at all grade levels then spent less than one hour studying on a typical day—an amount that has not changed substantially in at least 20 years. High school students in the late 1940s and early 1950s studied no more than their counterparts did in the 1970s, 1980s, and 1990s.

Gill and Schlossman have also concluded that changes in educational opinion on homework over the last half century prior to 2003 have had little effect on student behavior, with only two notable exceptions: a temporary increase in homework time in the decade following Sputnik, and a new willingness in the two decades before the 2000’s to assign small amounts to primary-grade students. Does this signify then that homework is dictated by current events and/or standings of students when ranked side by side their peers from other countries?

As a standard, homework recommendations from the National Education Association conclude that, “The National PTA recommendations fall in line with general guidelines suggested by researcher Harris Cooper: 10-20 minutes per night in the first grade, and an additional 10 minutes per grade level thereafter (e.g., 20 minutes for second grade, 120 minutes for twelfth). High school students may sometimes do more, depending on what classes they take.”

They also cite that homework usually falls into one of three categories: practice, preparation, or extension; the purpose usually varies by grade. Individualized assignments that tap into students’ existing skills or interests can be motivating. At the elementary school level, homework can help students develop study skills and habits and can keep families informed about their child’s learning. At the secondary school level, student homework is associated with greater academic achievement. (Review of Educational Research, 2006).

The Review of Educational Research published a comprehensive survey of all the studies on homework and achievement performed between 1987 and 2003. A strong connection was found between the two particularly in high school. In elementary grades, homework helps youngsters establish healthy study habits and keeps parents connected to what their children are doing at school. Homework in high school also lead to higher scholastic success. However, more recently in 2014, a Stanford researcher found that too much homework can negatively affect kids, especially their lives away from school, where family, friends and activities matter. The researchers used survey data to examine perceptions about homework, student well-being and behavioral engagement in a sample of 4,317 students from 10 high-performing high schools in upper-middle-class California communities. Students in these schools average about 3.1 hours of homework each night.

Denise Pope, a senior lecturer at the Stanford Graduate School of Education co-authored a study published in the Journal of Experimental Education with Mollie Galloway and Jerusha Conner, found that too much homework is associated with:

• Reductions in health: In their open-ended answers, many students said their homework load led to sleep deprivation and other health problems.

• Less time for friends, family and extracurricular pursuits: Both the survey data and student responses indicated that spending too much time on homework meant that students were “not meeting their developmental needs or cultivating other critical life skills,” according to the researchers. Students were more likely to drop activities, not see friends or family, and not pursue hobbies they enjoy.

In places where students attend high-performing schools, too much homework can reduce their time to foster skills in the area of personal responsibility, the researchers concluded. “Young people are spending more time alone,” they wrote, “which means less time for family and fewer opportunities to engage in their communities.” 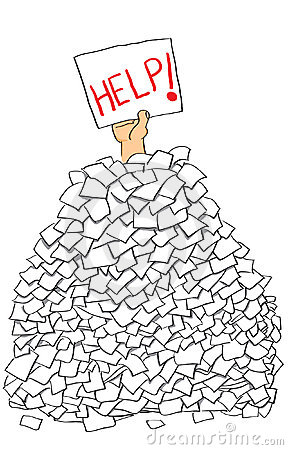 On the flipside, there are students who value time to engage in their interests and communities via extracurricular activities on top of homework. Participation in activities such as sports, clubs, private lessons, and religious activities enrich students’ lives by supporting social skills.  Several studies emphasize the benefits of extracurricular activities and homework, while others focus on the negative consequences of each. Overscheduled children may not have as much time to complete homework assignments, leading to a decline in academic achievement. According to the critics too much involvement in extracurricular activities takes away from time that could be spent studying or completing homework.  On the other hand there were many students who also felt forced or obligated to choose homework over developing other talents or skills.

A bit of history on the extracurricular path into student lives. Extracurricular activities began in the United States in the 19th century. At first they were just an additional part to the normal academic schedule for the year and usually had some practical or vocational interest that was included into the activities. The first extracurricular activities that were well known in schools started at Harvard and Yale University. They were literacy clubs that consisted of different debate clubs and Greek systems such as fraternities and sororities.

Students in American schools were the first to initiate athletic clubs which soon became popular while literacy clubs began to decline. Around the time of World War I, schools started adding clubs such as journalism, and newspaper. (Casinger, J. 2011) Now these clubs have become popular and many public high schools and grade schools have clubs for all interests. In the year 2010, about 1 in 4 students participated in academic clubs. (Miller, Zittleman, 2010).

In his article, “Extracurricular Activities,”  Fred C. Lunenburg states, “Extracurricular activities serve the same goals and functions as the required and elective courses in the curriculum. However, they provide experiences that are not included in formal courses of study. They allow students to apply the knowledge that they have learned in other classes and acquire concepts of democratic life.”(2010)  The positive effects that extracurricular activities have on students’ education are behavior, better grades, school completion, positive aspects to become successful adults, and a social aspect. Higher grades and positive attitudes towards school are secondary effects that extracurricular activities have on students. Self esteem can be a predictor of academic performance. Students who don’t like school won’t do as well as the students who do like school because they are not motivated to succeed. The students who don’t like school usually feel as though they are not succeeding or that they can succeed.

These are some of the results of The Harris Poll of 2,241 adults (of whom 457 have school-aged children) surveyed online between June 11 and 17, 2014. With parents of K-12 students reporting their children spend an average of 38.4 hours per week on scheduled activities during the school year (including school time, extra-curricular school activities and other scheduled commitments), while maintaining an average of 19.1 hours of free time, this finds America’s school-aged children with a roughly 2:1 ratio of scheduled to free/leisure time.  Perhaps not surprisingly, parents whose children have 15 or more hours per week of combined extracurricular and other “scheduled” time are much more likely than those whose children have under 15 hours to report feeling pressured to put their child in activities that other children are doing (21% <15 hours, 36% 15+ hours). They are then also more likely to worry their child is “over-programmed” (18% and 35%, respectively).

At the end of the day, it is a balance between time and aptitude between homework and extracurricular activities, as both are a part of character and brain development for students. In the Harris Poll where some adults see a crowded calendar, others see the opportunity for new experiences, and nearly two-thirds of Americans (65%) wish they had the opportunity to have as many varied experiences as children do today. This sentiment is significantly stronger among those with school-aged children (73%) than among those without (62%).

Articles & Resources to Improve the Atmosphere of Your Mind

writes one short story every week