Your hand swings up from your side to grab your phone and shut off the music. It was your favorite song, now you hate it. “What was I thinking? A good song isn’t going to miraculously give me the energy to get up and out of this bed.” It’s 7:00; time to wake up. Actually already later than the time you should be getting up. Yet, you simply just can’t. You set the timer on your phone. 3 minutes. Because maybe in three minutes you’ll have the motivation to rise up and face the day. You roll back over, knowing full well it is wishful thinking. Hey… at least it’s 3 more minutes of delaying the inevitable.
Neuroplasticity, for all its positive attributes, has a dark side in the form of bad habits, monotonous routines, and personal, 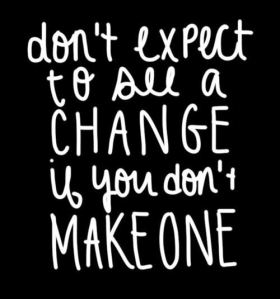 professional ruts to name a few.  Maybe it’s motivation to get up in the morning and go to work, or  spend time with friends, or go to the gym. Perhaps you feel stuck in a bad habit like an unhealthy relationship or smoking or drinking more than you should. Often times when these dark forms take over your life, they do so at such a slow, sneaky pace, you fail to notice until a friend makes a comment about your mood, behavior, health, or weight. You immediately jump to your own defense; however, later you take a long hard look into a literal or figurative mirror and a wave of panic and self-realization washes over you: she was right. Your mind flips and begins scanning for solutions to this problem. You select the only answer that could possible explain how you have landed in this inexcusable place: You have NO motivation. Obviously this is the problem.

But, what is motivation? Why is it not always the answer?

Motivation can be defined as “the act or process of giving someone a reason for doing something” Merriam-Webster Dictionary. Therefore, it is easy to assume that people need motivation in order to make a change, since typically people don’t change without a reason. Reasons may include a health scare, vanity, sick or being sick and tired of being sick and tired. Why even with reasons pushing people to change, is change still so difficult? Let’s take a look at what is happening in the brain when people are motivated. A study conducted by Mathias Pessiglione and a team of researchers at INSERM, found that the  ventral striatum was a general motivational system in the depths of the brain. The ventral striatum was activated during both physical and cognitive activities when participants were incentivized or motivated

with money. Additionally, the level of activation showed a positive correlation with increased incentives. This essentially means the more motivating the reward, the more the ventral striatum was activated.  However, further studies have shown the involvement of dopamine in motivation is quite complex. Dopamine is released into the nucleus accumbens when people have near-successes as well as when they are successful–this occurrence plays a role in addiction.  Additionally, the nucleus accumbens is activated when people are motivated to avoid unpleasant experiences as well. Now let’s add one more blockade to our motivation to change. Researchers at CalTech and UCLA learned that different areas in the brain are activated when people are thinking about how to do something than when they are thinking about why they are doing something. Additionally, the areas in the brain do no appear to fire simultaneously and actually have shown a negative correlation in activity. In short, you need more than motivation to make a change.

Not having motivation and knowing this, is one step closer to change, however; relying on the factors that supposedly will motivate you to change may lead you nowhere except down the same path. If you focus too much on the how, the brain cannot   move onto the why; if you focus too much on the why, the brain cannot plan the how. Furthermore, the mere talking, thinking or move towards change may be enough change for dopamine release and an activated nucleus accumbens, which in your brain is enough to lead to a sense of satisfaction.

“If someone is going down the wrong road, he doesn’t need motivation to speed him up. What he needs is education to turn him around.” Jim Rohn

How can you use motivation to change?

The answer is unglamorous and gruesome: you can’t. Change takes more than motivation.  It takes work–cumbersome, agonizing work. You will be miserable, hate your life, those around you and pretty much everything related to the change you are trying to make. In addition, you will begin being haunted by reminders of change. All of this a direct result of the very comfortable habit loop you have essentially disrupted. In other words, the dark side of neuroplasticity.

But here’s the lesson: If you push through and put in the work, motivation will come. It will also sustain the new healthy habit you developed because once the change occurs, dopamine as a reward system will kick in when you engage in that new behavior.  Your brain, body and mind will begin craving the new healthy habits because the synaptic connections are now wiring and firing together in addition to the other positive outcomes gained from the change in behavior. Motivation alone won’t  change your behaviors. Instead, educate yourself on how to change and use those motivating factors to help you persevere to see that change through.

Your hand swings up from your side to grab your phone and shut off the music. It was your favorite song, now you hate it. “What was I thinking? A good song isn’t going to miraculously give me the energy to get up and out of this bed.” It’s 6:00; time to wake up. I really don’t want to, but unless I do, I never will. Change is hard, but I know now it won’t always be this difficult to wake up in the morning. I just need to push through one day at a time and the motivation will come.

This site uses Akismet to reduce spam. Learn how your comment data is processed.