This is the start of a new section in our writing…we want to share what we have found in our professional travels to be poignant, humorous, or strange. Others may just be plain appalling or sad, however whatever the case may be, they are share-worthy.

Second grade students walk four flights of stairs from recess to get to their floor. Their classroom is two double-doors down from the 4th floor entrance; I stand waiting by their doorway. I hear familiar chatter, and one distinct voice screaming, “But, but, but HE PUSHED ME.”  I shake my head, it’s a boy we will call Jack.  Jack is in a room with two teachers, an Integrated Co-Teaching setting. One of them, who we shall call Ms. Sophia, says to Jack, ” Would you stop touching him! I don’t want to hear it!” Jack of course pleads and begs for her to hear him but she proceeds to the front of the line and signals the class to start rolling into the classroom. All 26 of them are here today, present, chatty from lunch and recess, and are not looking forward to ELA (English Language Arts).

“HUUUUMPHHHHH! ” Jack cried. ” He wrinkled his forehead and stomped into the classroom. He folded his arms and then walked toward Liam, and without cause, pushed his back. “HUUUUUUMPPHHHH!”

“What is your deal?” Liam screamed and then pushed him back. I stood up from my chair where I had begun to work with Madelyn as I was anticipating a mini brawl. “JACK, WHAT ARE YOU DOING?” Miss Sophia shrieked as she was heading toward his direction. At this point I had reached Liam and held him in a bear hug, whispering, “Let it go, buddy, let it go, ” over and over till I could feel his body calm down.

It was 12:40 PM; I glanced at the clock. Before Miss Sophia could reach Jack, he had stomped and marched to another student, “GET OUT OF MY WAY!!! HUMMMPHHHH!” This time, he pushed Madison, a girl who was no-nonsense and potentially able to take him herself if she had the opportunity. Madison didn’t say anything and instead, stood where she was, turned around and pushed him back with all her might.

“STOP! Oh my God! Madison you know better. You can’t follow what Jack does.”

“But he did it first. I was just standing there.”

The classroom paraprofessional, Miss Harper, at this time had overheard the ruckus and came over to Madison, “What’s the matter, huh? Go calm down. You know better. Here’s your paper. Have a seat.”

At this point, I had walked Liam to his chair, and he was calm, focused and ready to begin the ELA work. I glanced at the time, 12:46 PM. Sigh. This class has rough transitions up from lunch almost everyday; wish there was more that could be done to get them calm enough to settle in… As I was thinking these thoughts, I walked back to my seat by Madelyn. She had begun to make sense of her writing sheets, which were spread all over her shared desk.

“YOU ALWAYS SAY THAT! You never keep what you say! ” and with that scream I looked up and saw pencils flying from outside the door into  the classroom. That was Luke, another one of the students who came up later than the rest of the class, and who was accompanied by the other ICT teacher, Miss Mackenzie. “Luke, I don’t understand. What happened? We had a good talk downstairs, and I explained to you…”

“YOU NEVER LISTEN TO ME!” Luke waved his arms in the air emphatically, “I TOLD YOU I HAD AN EXTRA 5 MINUTES!! YOU TOLD ME THIS BEFORE I WENT TO RECESS!!”

Luke decided to walk to his corner bookshelf and threw whiteboard markers that were lying on the floor. One of them hit his classmates leg, however it didn’t faze the classmate.  He simply kept on working on his ELA sheets as if nothing were happening in the room. The noise level at that point would be a 5 out of 10, fluctuating easily to an 8.

Miss Mackenzie bent down to where Luke was at, and proceeded to talk to him in a calm voice. His face appeared distraught and inconsolable, however no tears flowed. He walked up and out of the corner and ran out of the room; Miss Mackenzie immediately ran after him.

“Aria why are you up? Did I not tell you to stay in your seat? This is independent work!”

Miss Sophia, mind you, was unable to mobilize herself momentarily as she was ensuring that Jack was sitting at his desk working. The only way this could be accomplished was for her to sit beside him, for at least 15 minutes. Aria continued to scream at the classmate who was bothering her and then, tears started flowing her face, “I HAVE NO FRIENDS!!!”

My eyes locked Miss Sophia’s and she blurted, “Can you believe my life right now?” I sighed and attempted to refocus on working with Madelyn when Aria ran toward the desk we were working at, tears streaming down her face. When she was finally in front of me she said, between sobs, “When am I going to be on YOUR LIST??? I want you to pick me up!!”

Calmly I replied to her, “Aria it is not up to me. I don’t make the list, your school does. But tell you what, you can join us when we are done working on our packet.” Madelyn at this point was irritated that her writing time has been interrupted, and that she even had to write in the first place. Miss Harper, who had been working with a different group of students, called out to Aria from where she was sitting, ” ARIA, ARE YOU SERIOUS? Wipe those tears and get over here! Don’t bother them; they’re working and so should you. Where is your packet?”

I looked up, 1 PM. It was time for me to move on to the next classroom. Another day in the second grade room of 12:30 PM. 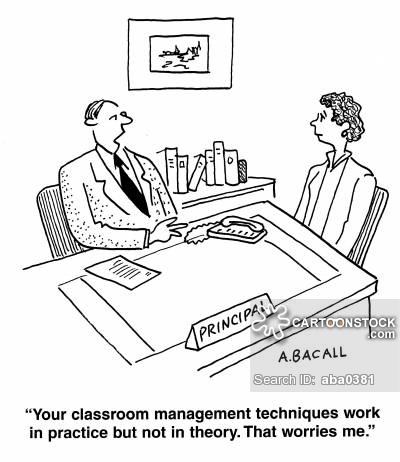