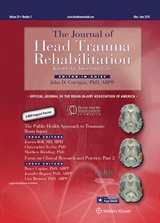 This case study shows a relationship between increased sensory processing skills and academic achievement for a 14-year-old female with infantile stroke and electrical status epilepticus of sleep (ESES) among other disorders. The objective of this study was to determine the relationship between an increase in sensory processing alertness/engagement and academic achievement for a student with ESES.

An independent psychoeducational evaluation, modified Brigance Testing, and 7-sense diet tracking were used to gather baseline data. Diet measured levels of engagement (LoE) and alertness (LoA) on a 5 point scale. Modified 7- sense sensory diets were implemented up to 6 times a day in the first 4 months lasting for 15-30 minutes, and up to 3 times a day for the last 8 months. The academic program was two to three formal 30-minute individual, or small group, periods, and two formal 30-minute whole group periods for 12 months. A direct instruction model was used. Post-test academic and sensory processing achievement was measured one year after baseline was determined.